“Artificial Intelligence is whatever hasn't been done yet”

The next step is to build a basic, top-level subsumption hierarchy. I want it to be subjective and accurate. By "subjective", I mean "as experienced by a thinking subject". By accurate, I mean that I'm trying to reach pure truth.

Usually, the purpose of a top-level ontology is to support semantic interoperability among several domain-specific ontologies by providing a common starting point for the formulation of definitions. The purpose here is different: eventually we want the program to reason about itself.

An important aspect of the global design is the presence of a "feedback loop" that sends descriptions of what's happening inside the program back to its input, so the program can observe its own behavior, predict it, and eventually understand it. This could produce some interesting effects.

Jamie has her own Github repo. 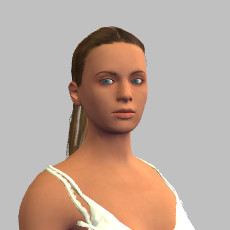